Indications and presumptions: The case of the buyer's veil 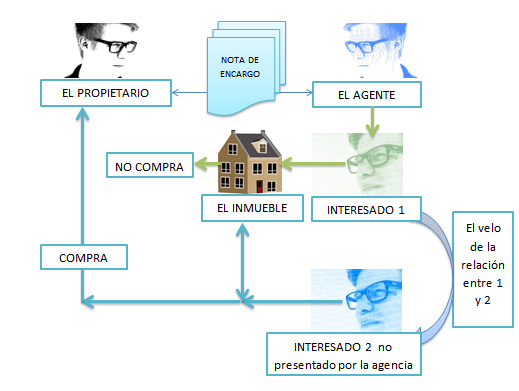 This time we will comment on a ruling that rejects the demand of a real estate agent against the owner who sold a property to a final buyer that had not been presented to the owner by the agency, but that It turned out to be the boyfriend of the person who went to the real estate to know and talk about the property.

We will present a case of "jump to the agency", in which this is mocked for a couple dating. The mischief of the situation means that all the negotiations with the agency were carried by the bride right up until the day she finally stated that the property she visited on several occasions did not suit her and that she wanted to see more.

the agency knew him, the day after that visit with negative result on the part of the bride, the boyfriend signed a private contract with the owner of the property ... after the first visit. This person never had any relationship with the agency.

For reasons that we do not know, the agency later finds out about the relationship between his "client" and the final buyer (the boyfriend), feels mocked and then poses a demand. Demand that "for more INRI" the agency wins in the first instance and loses in the second.

1 THE CASE THAT OCCUPIES US.
This is a case of " I jump to the agency "absolutely exemplary. But what will interest us the most is not so much knowing why or in the way it happened but the way in which the judge assessed the case. And what we can learn.

SUBSTANTIAL FACTS:
- There is no exclusive contract but it is a custom note. (The judge will use this detail to support his thesis but the fact is that whatever could have been the type of concerted order, "the jump" would have been possible with any type of contract.)
-The property is bought by the boyfriend (INTERESTED 2) of the INITIAL visitor (INTERESTED 1).
-The agency claims the commission from the owner because his client l (the one who visited the house) was presented by the agency, AND BECAUSE HE THINKS THAT THE RELATIONSHIP between the visitor 1 and the final buyer is clear.
-The agency claims the commission before the court and the trial takes place.
-The court rejects the claim of the agency and gives the reason to the defendant.
-The agent loses in the second instance.

2 WHY DOES THE AGENIA LOSE THE DEMAND?
Because the relationship between the visitor or interested 1 and 2, and the intention to skip to the agency, is not credited reliably.

YOU CAN READ THE FULL ARTICLE IN : 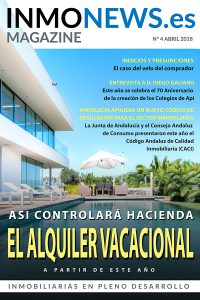